Today I am very excited to be part of the blog tour for Jen Naumann's New Adult release "Cheating Death."

WOO!! This is a blog hop and you can check out the schedule at this link. Jen is one of my fellow Writer Diaries contributors and is an all round awesome person :) I am very excited and pleased to be part of her blog tour! 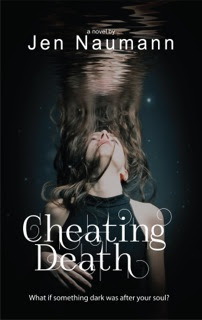 Lysandra Brooks remembers everything about the day she almost drowned alongside her grandma, especially the set of mysterious eyes she saw at the bottom of the lake. Ever since then, she's been seeing strange things when she is near water—things that aren't really there. Because of it, Lysandra has the tendency to avoid anything that isn't on dry land. On her last day of high school, however, the biggest party of the year is set to take place at a fellow senior's lakeside mansion. Despite her fears, Lysandra decides to prove to her friends and herself that she can handle it.

But after a horrific night of drinking and drama that leaves Lysandra feeling lonely and confused, she nearly drowns for a second time, only to be saved by the new guy in town. From that moment on, Lysandra's world is turned upside down with the discovery of mind blowing secrets, including a revelation that something sinister is after her soul.

Does that sound ace? & Isn't the cover beautiful?!

There's an awesome book trailer as well - you can check it out here.

I'm very excited for the release, this sounds so amazing! 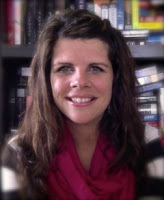 Jen grew up during a magical time in which Ghostbusters, Star Wars, E.T. and The Goonies were the biggest blockbusters. Her love of sci-fi exploded over time, eventually growing into a career of writing YA fiction with a paranormal flair. When not sitting at her Mac, she can be found at concerts and movies, hanging with friends, chilling at her lake home, taking pictures, working on graphic design projects, traveling, or at home with her husband in southern Minnesota and trying to keep up with their four active children.


Jen has a giveaway to win an e book of Cheating Death which I advise you enter!

Email ThisBlogThis!Share to TwitterShare to FacebookShare to Pinterest
Labels: BlogHop